Why you should fear cybercrime…but not too much

Oh, cybercrime is scary, all right—and getting worse all the time. In November, SlashNext reported a 61% increase in malicious URLs since the end of 2021. That works out to about 80,000 dirty links per day or 255 million in 2022. And a few of them were no doubt aimed at your firm.

So, given the title of this article, how, exactly, are those numbers not completely terrifying? For one thing, as SlashNext points out, some of the observed increase in malicious URLs has only come to light because security experts now have better methods for discovering and mitigating cyberthreats. So, while the number of attempted attacks is increasing, some of that 61% jump comes from improved detection, since the technology to find and thwart cyberattacks is getting better all the time.

Seriously, cybercrime is dangerous. It can destroy your firm, lead to massive financial losses, and the ruination of businesses and careers.

Generally, though, it doesn’t kill anyone. In the 1930s, however, theft tended to be much more violent—and the tools needed to prevent cybertheft today are quite different from those used to fight crime then.

The somewhat inaccurate legend of Bonnie and Clyde

In the 1930s, the famous criminals Bonnie Parker and Clyde Barrow were blazing into towns with Thompson submachine guns and robbing banks with little regard for human life. Though they’ve since been cast as heroes by Hollywood, they were brutal murderers. People who lived in the areas they frequented were more frightened than in awe of them.

How do I know? Well, Clyde lived for a while in my hometown of Midlothian, Texas. When I was a kid, the old folks in town would talk about Clyde slipping them $20 bills—a fortune during the Great Depression—out in the rocky countryside. (Legend even has it that Bonnie and Clyde never robbed the bank in Midlothian because Clyde liked the people there.)

A pearl-handled pistol on Fort Worth Avenue

And then there was my grandfather. As a young man in Dallas in the 1930s, he struggled, as many people did, to survive during the Depression. He once held a job lifting women over mud puddles at a horse track. And one day in the early ‘30s, he worked in law enforcement. Briefly.

James “Bill” Decker, a friend of my granddad and deputy sheriff of Dallas County, got word that Bonnie and Clyde were coming through Dallas. Decker showed up at my grandfather’s house, handed him a pearl-handled six-shooter pistol, deputized him on the spot, and told him to wait for Bonnie and Clyde to come down Fort Worth Avenue in West Dallas. “As soon as their car comes into sight,” Decker said, “start shooting.”

My granddad got lucky that day. Bonnie and Clyde did come through Dallas, but they came up Singleton Boulevard, a block away from Fort Worth Avenue. Granddad didn’t see them coming. He heard them. They roared down the street with Tommy guns blasting from every window of the car.

Now, my granddad was no coward; he served in the Texas State Militia and would have served in the Army had he not been blind in one eye. But he wasn’t stupid, either. A lone pistol would be no match for multiple machine guns. As he rushed toward Singleton and that noise grew louder, my grandfather, in his words, found something in the bushes on the side of the road he really needed to investigate. That decision might have led directly to you reading this column.

You don’t need a gun to battle cybercrime

What does any of this have to do with cybercrime? It’s a reminder that as devastating as cybercrime can be, it’s rarely deadly. It’s also a way of saying that the tools you can use to discover and mitigate cyberattacks are very different from the tools needed to bring down Bonnie and Clyde.

Consider the bullet-riddled car the pair were riding in when they met their fate. Tommy guns were the tools that stopped crime in the 1930s.

The tools you need to deal with cybercrime in 2023 are much less dangerous. Today’s cybercriminal is nameless and faceless to victims and definitely not a hero to much of anyone. The cyberattacker’s modern equivalent is an email or text message with malicious links that facilitate theft of your firm’s data.

But you can protect yourself from cyberattacks with the right tools…and never have to duck into bushes. When you host key business and accounting applications in the cloud, you let specialists do the work of managing security for you. You’ve got a whole army of security experts keeping you safe from cyberattacks and stopping damage from happening if an employee does click on a dirty link in a moment of weakness.

And with employee security training, you can make sure those moments of weakness happen as rarely as possible. A trained workforce is your best defense against cybercrime. If no one clicks on a malicious link, an attacker’s chances of striking your firm are massively reduced. Add to that the number of managed services out there like Right Networks Managed Security, which includes multifactor authentication and security applications to protect individual devices, and you really do have an arsenal of protection backed up by the expertise of a dedicated security provider.

Cybercrime may not be violent, but it can kill your firm. Fortunately, you can combat it with modern tools that make cyberattacks less scary—and less likely as well. 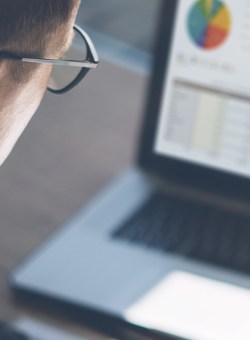 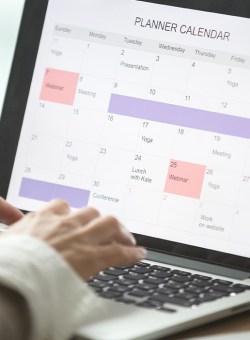 This year, make yourself a priority 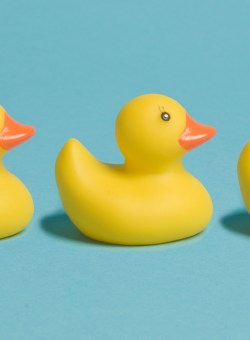 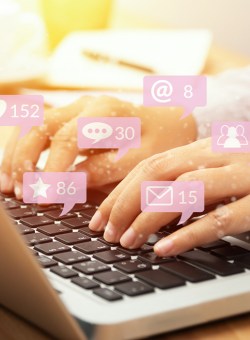 Save time during tax season with social media scheduling software

Rootworks members can now use an early access version of Insights, which delivers customer segmentation and pricing data as well as reports for your firm and clients. Connection to QuickBooks Online is required for firms and/or clients.